It started as an aged house in much need of maintenance, but by the of Saturday evening, the off-white house with dark red trim was like new again.

Rebuilding together Greater Dallas was one of more than 200 affiliates nationwide to provide free repairs for low-income residents on National Rebuilding Day.

The event occurs every April and is one of the signature events of Rebuilding Together, a national nonprofit organization dedicated to preserving affordable homeownership by improving low-income residents’ houses.

“We try to bring attention to the plicht of Americ’s low-income homeowners,” said Jill Lucien, executive director of Rebuilding Together Greater Dallas, “Especially with the economy the way it is, we need to make sure that these homeowners will be able to stay in their homes.”

Rebuilding Together Greater Dallas teamed up with health-care company Aetna and the National Association of the Remodeling Industry Dallas Chapter to fix up two houses on Patonia Avenue in southern Dallas.

“I wasn’t able to do it myself,” said Irma Shallow, 76, one of the homeowners.  “I didn’t have the money to do it and I was glad they had program like this out there to help people like us.”

Shallow and her husband, James, 74, have been married for 53 years, and they have lived in the same house for decades.

Irma Shallow sat patiently in her living room as volunteers walked in and out of her house with paint brushes and hardware.

“I haven’t been able to sleep for the last two weeks,” she said with a smile, “I wake up later thinking about how it’s going to look when it’s finished, anll excited.”

Volunteers were making numerous improvements, including paving a driveway for easier accessibility for James Shallow, who suffered a stroke in 2007.

“I thank everyone who’s working on the project and it’s a blessing to have something like this done for you,” Irma Shallow said.

The Shallows’ house was one of 16 refurbished in southern Dallas, along with one in Grand Prairie.

NOTE:  Cathey Services, Inc. was one of the companies helping to refurbish the Shallows’ home. 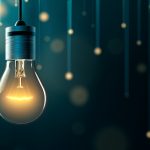 Just How Much Electricity Do Major Appliances Use? 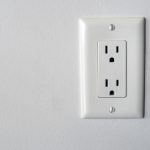 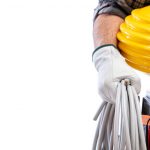 What’s the Difference Between a Licensed and Unlicensed Electrician? 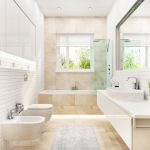 Why Should We Switch to GFCI Outlets?
June 10, 2016
Recent Articles
Need Service?